To share your memory on the wall of Alvin Ross Hall, sign in using one of the following options:

It is with sad hearts we announce the passing of ALVIN (ROSS) HALL, on Friday, January 29, 2021 at the age of 76.
Left to cherish his loving memory is his beloved wife, Glenda Hall of 43 years. Glenda will deeply miss her husband Ross and found him to be a loyal friend and dedicated companion. Ross leaves to mourn his sister Linda deWaal; brother Brian (Carol) Hall; brother Darrell (Faye) Hall; sister Darlene (Albert) Marion; brother-in-law Neil Jackson; sister-in-law Kathy (David) Henry; and several nephews and nieces, and greats. He was predeceased by his parents Alvin and Edna (Stroud) Hall; sister Maureen Jackson and brother-in-law Jack deWaal.

Ross was born in Russell, MB on March 21, 1944. The eldest in his family of six children. He gave his heart to the Lord when he was a young boy. Ross always loved music, and started piano lessons at an early age. He became an accomplished pianist. Ross took part of his Bachelor of Music Education course in Brandon, MB, then completed it at Evangel College in the States. He went on to complete his Master’s degree in Piano Performance in Wichita State University. While living in Wichita, Kansas Ross met his wife Glenda at the church where he attended and played the piano. They were married on July 23, 1977. In a few years they moved back home to Canada. Ross taught piano lessons and worked as a substitute teacher for several years in High Schools in Winnipeg until his retirement in 2015. He also played the piano at church for many years.

Ross became aware of his diabetic condition when he had his first stroke in October, 2011. This left him unable to play the piano as he once had, but still managed to play to the best of his ability. In July of 2020 Ross was admitted to Health Sciences Center where he underwent surgery to amputate part of his leg. Shortly after he was transferred to Beausejour Rehab and was there until November 26, 2020. He was then transferred to the Extendicare Red River Place in Selkirk, MB. On January 23, 2021 Ross was admitted to the Selkirk Regional Health Center after experiencing another stroke, and was there up until his passing. He was lovingly cared for at all facilities and we would like to thank his care givers. Ross had a witty sense of humor and will certainly be missed by all!

A private celebration of his life will be held on Friday, February 5, 2021 at 1:00 p.m. at Friends Funeral Service located at 2146 Main St, Winnipeg. The service will be live streamed so those who cannot attend can view the service online at http://www.livememorialservices.com/Home/ServiceDetail/10339.

In lieu of flowers, donations can be made to the Heart & Stroke Foundation, if you so desire.
Read Less

We encourage you to share your most beloved memories of Alvin Ross here, so that the family and other loved ones can always see it. You can upload cherished photographs, or share your favorite stories, and can even comment on those shared by others.

Posted Feb 03, 2021 at 01:33pm
We will remember Ross for his kind and gentle demeanour and inspiring piano playing. We were so grateful and thankful he play for wedding back in 1994. Our condolences to Glenda and the entire family.
Comment Share
Share via:
JW

Posted Feb 02, 2021 at 02:02pm
Glenda,
I was so saddened by the news of Ross passing. I always loved talking with him, and of course, his piano playing was so beautiful! I hope heaven has a piano and that he is playing again! You are in my prayers!
Love, Judy Wells
Comment Share
Share via: 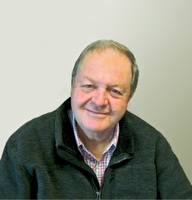