To share your memory on the wall of Barbara McLeod, sign in using one of the following options:

Barbara Marie (Robinson) McLeod, age 98, went to be with her Lord on May 3, 2021 at Riverview Health Centre, Winnipeg, Manitoba.

Barbara was predeceased by her husband of ... Read More
In Loving Memory of Barbara Marie (Robinson) McLeod

Barbara Marie (Robinson) McLeod, age 98, went to be with her Lord on May 3, 2021 at Riverview Health Centre, Winnipeg, Manitoba.

Barbara (Babs) was born March 20, 1923 at Hnausa, a small community near the town of Gimli, MB. She spent her growing up years in the town of Pine Falls, MB where her father was employed at the local pulp and paper mill. Those years were filled with fun, family, friends, education, sports (Babs loved hockey and was a force to be reckoned with when she got the puck), church, and eventually employment at the mill. She and her family were wonderfully hospitable people and so became deeply respected and well-loved members of the community of Pine Falls.

There came a day when Bab’s brother, Tom, brought a special friend home to meet the family. Can you guess the rest of the story? Tom's friend was....Bill McLeod, his prospecting, hiking, canoeing, fishing, brother-in-the-Lord buddy. Long story short, Bill and Babs were married January 3, 1942. Their life as husband and wife, under the guidance of the Lord, had begun. He would be their faithful guide and companion each step of the way. And so He was.

Their first home was a parsonage in the town of Rosthern, SK. The only furnishings were a couch, a bed, and an old pump organ. Bill found a door and put it across some tressles to make a table. His salary was $30.00/month. Their first child, born the following February, slept as a babe in a drawer. They lived in Rosthern a year and a half following which Bill ministered throughout communities in Western Manitoba (Strathclair, Shoal Lake, Burdette, and Birtle). Eventually he joined the Shantyman's Association which meant he was often away from home, travelling. Babs, who by then had two small children, could not reach him by phone should an emergency have occurred during those times, yet she never complained or suggested that Bill try to pastor a church so that he could be at home. The Lord would be sufficient for each need as it arose. He had promised to supply, so they trusted His word and.....He supplied.

Bill and Babs moved to Springfield/Transcona in 1954, then to Saskatoon in 1962 where Bill served as pastor at Ebenezer Baptist Church until 1973. During these years, Babs had a wonderful ministry as a pastor's wife. She befriended, encouraged, and helped many women in the churches Bill pastored. Whether she was sharing gardening, child rearing, Bible Study or cooking tips, Bab’s desire was to help women. And then Bill became part of the Canadian Revival Fellowship which eventually meant considerable national and international travelling for both Bill and Babs. Here are Bill's words: "My wife, Barbara, is the most important person in our family because she stood behind me like a rock. I was so often away from home and she had to look after the children and oftentimes we had little money. She could make a dollar do the work of two dollars. When revival came she often travelled with me, especially when I went overseas. She was with me in India, South America, the Philippines, Australia, Scotland, and other places. She would get a dictionary of the local language (if it wasn't English) and carry it with her attempting to talk to the women. She would get with them and sometimes I might not see her for half a day because she would be communicating with the women and they loved it. There were hundreds of times when I packed for a trip somewhere and she was always directing the traffic at those times. She would have the right clothes ready at the right time while she also worked on flight schedules. I cannot say too much in appreciation of my wife." Praise God from whom all blessings flow.

Bill and Babs were also involved in camp work for many years. Hear again her husband's words: "When in Bible Camp work, she (Babs) was probably the hardest worker of them all. In my mind's eye I can still see her baking huge amounts of bread, mixing the batter in an old dishpan. She also was a real mother to the children and youth at those camps. She often acted as a nurse and a counsellor and you could always count on her to get the job done, whatever it was."
Babs enjoyed creating with her hands. She was a knitter par excellence - very fast at creating beautiful knitwear. She took a millinery course and created a number of hats during the era that hats were in vogue. She loved to cook and was always on the hunt for a new and challenging recipe. She enjoyed learning and took a number of courses over the years. The only one she could not master was typing. Since in all other courses she had been a fast learner, she could never understand why typing had eluded her best efforts. Babs also enjoyed watching hockey and football on television and always knew what was what and who was who in these two sports. She LOVED to talk. From time-to-time Bill would tell her she asked too many questions. No matter. She carried right on asking questions anyway. And she was always ready and willing to share her thoughts on whatever and whoever was of interest to her at any given moment. Babs was hospitality personified always doing her best to make those who entered her home feel welcome and blessed. And so it was that she had many, many friends who welcomed her into their lives and blessed her. "Give and it shall be given unto you......"She did and so the Lord did...

Throughout her life, Babs endured numerous health challenges. She had a mild heart attack, a moderate stroke, a thyroid tumor, phlebitis, vertigo, glaucoma, severe osteo and rheumatoid arthritis, and in the last few years of her life, PSP (progressive Supra-Nuclear Palsy) a condition that stole her speech and eventually made it almost impossible to swallow. Through it all, the Lord was her refuge and strength. Time after time, throughout her long-life Babs found Him to truly be a very present help in time of trouble and the God of all comfort.

And now she is trouble-free and joy filled, FOREVER WITH THE LORD. To God be the glory for having taken Barbara Marie (Robinson) McLeod safely home to heaven the evening of May 3, 2021.

The family extends special thanks to the thoughtful and supportive staff at Riverview Health Center, Unit D1, for their kindness and compassionate care.

Donations in memory of Barbara McLeod may be made to TransWorld Radio at https://www.twr.ca/donate/ .

The Celebration of Life for Barbara McLeod will be held Thursday, May 13, 2021 at 1:30 p.m. by invite only.
A livestream of the funeral can be viewed http://www.livememorialservices.com/Home/ServiceDetail/13076 .
Read Less

We encourage you to share your most beloved memories of Barbara here, so that the family and other loved ones can always see it. You can upload cherished photographs, or share your favorite stories, and can even comment on those shared by others.

Posted May 07, 2021 at 04:25pm
I so enjoyed her.... Barbra's desire to share who she was, a woman of compassion, a psychic of the old world who's eyes danced when I asked her a question about knowing. She balanced her faith with an intuitiveness of knowing. She saw the heart of those around her.... may she dance with Mom Grace Vivy Sigga and Barbara. Have fun, you more than others... laughed well. Diane Alexander Góðan Nótt Elskan
Comment Share
Share via: 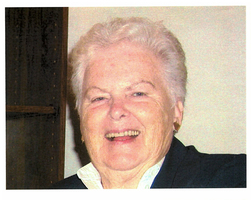 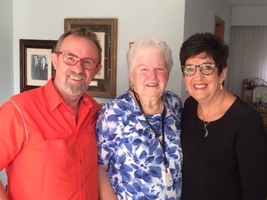 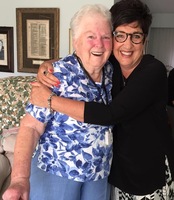 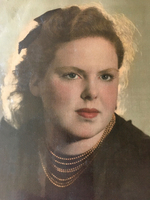