To share your memory on the wall of Edwin Mockford, sign in using one of the following options:

His memory will be cherished by his two daughters, Kaitlynne and Michelle. He will be missed by his siblings, Marie (Carl), Lena, Alma (Bill), Raymond (Bonnie), Audrey (Darnell), and Rollie (Deb); all his numerous nieces and nephews and their families; as well as his mother-in-law Joan Watson and friend and former wife Lois.

Ed was a truck driver by trade, working for Penners, Arnold Brothers, Christie Transport, and Wiebe Trucking. He made many friends in his working career. Ed loved to golf, sing and play music as well. Ed had a strong faith in God and he walked with God everyday. He leaves all his friends at the Kiwanis Courts on Point Road in Winnipeg, who were saddened to hear of his death.

Thank you to all his church family, and to the Pastor Randy Leavitt for all the spiritual guidance throughout the years.

Gods garden must be beautiful, he only takes the best. RIP Ed, until we meet again.

We encourage you to share your most beloved memories of Edwin here, so that the family and other loved ones can always see it. You can upload cherished photographs, or share your favorite stories, and can even comment on those shared by others.

Posted Feb 25, 2021 at 09:14pm
Send our love to Kate and Lois and entire family. Ed was part of our church family and always a positive an encouraging person who will be missed very much. His kind words, gently heart and love of God will be the memory of him we keep close. Richard, Joyce Tesarski and family.
Comment Share
Share via:
AA

Posted Feb 22, 2021 at 08:27pm
Sending love and prayers to all the family❤️❤️🙏🙏 .i will always cherish the many bus rides we use to share together and for the many times we sang and danced to his love of music. RIP my dear cousin. Baker’s daughter Angie Antonio and Family 🙏🙏❤️❤️
Comment Share
Share via:
JM

Posted Feb 18, 2021 at 02:22pm
We are sorry to hear of the passing of Ed....We had the. Pleasure of meeting him when he was driving g tzhrew our city.
I had been working on my family tree and had learned my great great Uclce had moved from England to Canada as a young boy.
Ed8s father was one of his desendance and. Ed was so willing to help me put together the puzzle of my tree. He was so open to sharing his family tree and showing me how we were related. I am sure he will be missed by is siblings and family.
We send you all our prayers and wish everyone to stay safe.
Cousin Barbara and Gordon and family in Ontario
Comment Share
Share via: 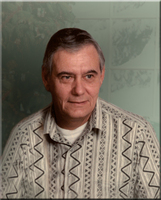 Donations are being accepted for: YOUTH FOR CHRIST (WINNIPEG) INCORPORATED.
Family Login
Subscribe to Updates