To share your memory on the wall of Harry Unger, sign in using one of the following options:


After a short battle with leukemia, Harry Unger passed away on November 18, 2020 at Seven Oaks Hospital. He will be deeply missed by his wife Katherine; children Shirley, Phyllis, Rosanne (Randy Friesen), Gladys and Wesley; granddaughters Krystin (Phil Dueck), Avery Unger and grandsons Cody, Tyson and Rorey Skjaerlund; four great-grandchildren. He is also survived by three sisters Mary Hiebert, Lilly Wiebe and Sylvia Unger, as well as many nieces and nephews. Harry was predeceased by his parents and his brother Abram.
The family would like to express their thanks for the special care given to Harry at St. Boniface and Seven Oaks Hospital these past few weeks.
A graveside service will be held for Harry Unger at Prairie Grove Cemetery with only the immediate family in attendance.
In lieu of flowers, donations may be made to Greater Europe Mission for Shirley Unger https://gemission.ca/donate/ (donation field would be Shirley Unger)
Read Less

We encourage you to share your most beloved memories of Harry here, so that the family and other loved ones can always see it. You can upload cherished photographs, or share your favorite stories, and can even comment on those shared by others. 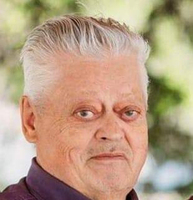 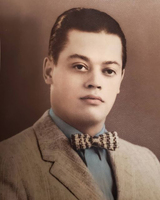 Donations are being accepted for: GREATER EUROPE MISSION.
Family Login
Subscribe to Updates