To share your memory on the wall of Hendrikus Visch, sign in using one of the following options:

It is with heavy hearts that we announce the passing of Henry (Henk) Visch on January 28, 2021.

It is with heavy hearts that we announce the passing of Henry (Henk) Visch on January 28, 2021.

Henry was born in the Netherlands on November 6, 1927. He spent his early years in Oldebroek enjoying school and working in the family store. After high school, he went to Basel Switzerland with his friend (and future brother-in-law) Theo Van Petegem where he received his degree in Theology from St. Chrischona. After graduation, doors opened for further studies in Canada under the sponsorship of Ben and Mary Wall. In 1953, Henry graduated from Mennonite Brethren Bible College and afterward continued further studies at Waterloo College where he found his calling to become a teacher. After receiving his education degree, Henry taught for two years in Eganville, Ontario until he accepted the position of Vice Principal at Mennonite Brethren Collegiate Institute, moving on to River East Collegiate and finally finishing his career as VP of John Pritchard School at the age of 55. Henry was a passionate teacher who loved engaging with his students.

It was at a curling event in Winnipeg where Henry met Kay Martens. In July 1959, they were married and soon after were blessed with three children. The family enjoyed playing sports together and every year they packed the trailer for summer adventures. Henry loved teaching Sunday school whether it was at church or in the basement of their Glenwood home. Being an immigrant himself, Henry felt a desire to support other newcomers to Canada. Henry and Kay’s fellowship group sponsored families from Vietnam and Iran. Henry dedicated time to teach English to newcomers. After church, the Visch family regularly hosted college students and others for lunch. It was not uncommon for the Visch table to have many guests on a Sunday.

After retiring, Henry and Kay travelled together, tenting and backpacking around the world. They were also invited to teach English at Lithuanian Christian College. When grandchildren came along, they stayed closer to home to support them in their school and sports activities. Henry was blessed with a loving group of close friends: Neil F, George, Art and Neil J, with whom he had a weekly bridge group. Henry was a kind and gentle man who lived his life in service to God. He had an open heart and a listening ear. He will be greatly missed. We love you dad.

In lieu of flowers, donations may be made to Mennonite Central Committee or Square One Media.

A service will be held at Friends Funeral Service by invitation only on Saturday, February 6, 2021 at 1:00 p.m. A livestream of the service can viewed at http://www.livememorialservices.com/Home/ServiceDetail/10337
Read Less

We encourage you to share your most beloved memories of Hendrikus here, so that the family and other loved ones can always see it. You can upload cherished photographs, or share your favorite stories, and can even comment on those shared by others.

Posted Feb 18, 2021 at 11:30pm
The first time I met my uncle was at the airport in Winnipeg, I wasn't sure what he looked like but the look on his face of being excitement to see us aimed in our direction made me realise straight away this was my uncle before my father could confirm. He and his family made us feel very welcome and introduced us to all the local sites and to baseball. He played chess with me and my sister (chess I think is a family tradition). He and family took us to national park and I was glad he saved my father from the bears which I only found about recently as my father was determined to sleep outside, dutch can be stubborn, but rather than argue we drove to rubbish area and there were bears everywhere, my dad changed his mind. I was glad I was able to visit in 2017 where he took me on trip around the museum. I enjoyed the conversations we had on the phone during the pandemic catching up on the family happenings.
You will be greatly missed. Your nephew Julian Visch
Comment Share
Share via:
EV

Posted Feb 13, 2021 at 05:22pm
We have vivid memories of Mr. Visch , my grade 9 teacher of history at MBCI, hitting desks in rhythm to dates we had to remember, with a yardstick. Later on Hank Visch the colleague of Ted's in River East School Div. Last year we were honored to invite Hendrikus and Kay to our MBCI class reunion, where he spoke with eloquence about his history meeting up with ours. His teaching of history gave me a lifelong framework first for three years of art history, and later for music and literature. His kind interest in his students continued as the decades passed. Deeply missed. Eliesabeth Vensel, Ted Vensel, and Elenore( Friesen) Baylis.
Comment Share
Share via:
BF

Posted Feb 13, 2021 at 04:02pm
Dear Carol, Barb, Rob and Mrs. Visch,
I’m so sorry to hear of your dad and husbands passing! I have many fond memories of the Visch’s home growing up and the very welcoming place it was!
You have a very special family and I wish you much comfort in the days ahead!
Comment Share
Share via:
NN

Posted Feb 08, 2021 at 01:37pm
Carol, Barb and Rob, “Kay and Hank” were common household names that I grew up with. Our parents shared many, many wonderful times together for a lot of years. Many great relationships were built on the common ground of Elmwood Mb. I remember your dad officiating Elmwood Mb church picnics...especially the handing out of the little ice cream things with the wooden sticks...it was very orderly! He was bright, had a great sense of humour and all around great man to converse with. Kay, the Neufeld family will be praying for you as you treasure the memories but have lonely days ahead.
Comment Share
Share via: 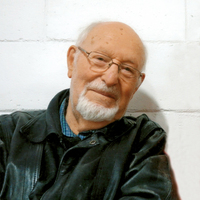 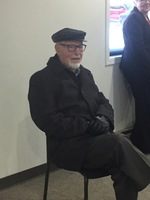 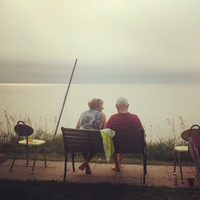 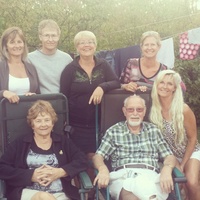