To share your memory on the wall of Henry Braun, sign in using one of the following options:

Henry was born in Reinfeld, Manitoba, on Nov. 17, 1933. He was the second of nine children born to Peter and Helena Braun.

Henry and Marge Hamm were married in 1960 and had two children.

Henry loved working on cars and early into his marriage, owned his own Esso service station. While he worked his day job as a mechanic, he attended night school to further his education before being hired to teach Automotive at Red River College, where he retired at the age of 65 as the chair of the department. During his evenings, weekends and summers, he would build houses and move his family every 2 to 3 years into these new abodes. He also started a house contracting company and made custom homes for a few select clientele. He loved working with his hands and had endless energy with regards to hard work and motivation. At the age of 70, he was still working 14 hour days building his cottage. He was also heavily involved in helping each of children build their own houses.

The lake life was also something he loved, and he built two cottages in Northern Ontario, splitting his yearly time between them and the State of Florida.

Though Henry was a quiet person, with a dry sense of humour, he also had a strong faith in God. He was involved in many church projects, running the Boys Club at Home Street Mennonite Church and volunteering in both his home church and in the community. After his second marriage to Margaret Hite (Florida) in 2003, he spent half the year in Florida and the other half at his cabin in Ontario. While in Florida he volunteered with Habitat for Humanity, managing work crews and also taking personal ownership of building projects. He had faithful volunteers and even mentored college students on winter breaks.

In March of 2017, Henry suffered a major stroke in Florida and was wheel-chair bound for the rest of his days. He worked hard to regain the ability to walk and had made good progress in that regard. It was very difficult for him to live with limited mobility when his entire life had been full of working hard with his hands. He dreamed often of driving again and of building another house. We are thankful he had a relationship with Jesus and is now in Heaven, without a wheelchair. In fact, we wouldn’t be surprised if he’s already joined a work crew and raced a few former Chevy guys with his Gold plated Ford at some stoplight up there.
Read Less

We encourage you to share your most beloved memories of Henry here, so that the family and other loved ones can always see it. You can upload cherished photographs, or share your favorite stories, and can even comment on those shared by others.

Posted Dec 30, 2020 at 02:56pm
What a lovely tribute to Henry. I remember being amazed at how he could build an entire house, mostly by himself, with the help of Merlin of course, and me watching for moral support. I loved that we got to be nearly neighbours for a while. Condolences to all his family and friends. 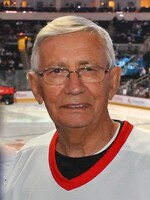 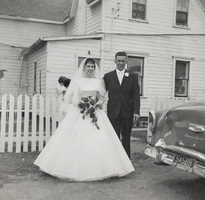 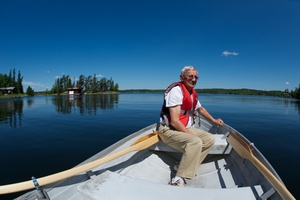 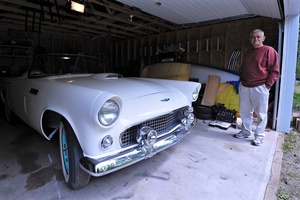