To share your memory on the wall of Isaac Unger, sign in using one of the following options:

Isaac Unger, age 92, passed away on Tuesday, February 23, 2021 at Bethania Mennonite Personal Care Home, Winnipeg, MB with family by his side.

Isaac Unger, age 92, passed away on Tuesday, February 23, 2021 at Bethania Mennonite Personal Care Home, Winnipeg, MB with family by his side.

Isaac was born February 27, 1928 to Jacob and Judith (Dueck) Unger at Hopefield, SK where he spent his childhood on the family farm. He accepted Jesus Christ as his Lord and Savior at a young age and enrolled at Millar Memorial Bible Institute, Pambrun , SK in 1947. Following his marriage to Helen Dyck of Blumenhof, SK on June 20, 1948, he resumed his studies at MMBI. Upon graduation they served in churches in Saskatchewan and Alberta for the next twenty years. During those years they were blessed with three children: Bonita, Lyle, and Cheryl. Isaac and Helen concluded their pastoral ministry in 1970. After graduating from college in Brandon, Manitoba in 1972, Isaac was invited to become Director of Social Services at Bethania Mennonite Personal Care Home. When the position was closed ten years later, he enrolled at the University of Manitoba and graduated with a degree in Social Work in 1987. Following his studies, Isaac went on to
author Skeena Aground. He and Helen were privileged to travel to Iceland twice in which they took part in memorial services commemorating the loss of the ship HMCS Skeena, his brother Abe, and several other shipmates in a storm off the Icelandic coast in 1944.

We encourage you to share your most beloved memories of Isaac here, so that the family and other loved ones can always see it. You can upload cherished photographs, or share your favorite stories, and can even comment on those shared by others.

Posted Mar 07, 2021 at 12:36am
My condolences to Bonita, Lyle, Cheryl and family. Many memories come to mind about your Dad, like his continued devotion to the Saskatchewan Roughriders. Bernie and I went over quite a few times to watch Bombers-Riders games, and at least once when the Riders were in the Grey Cup. Your Dad and Uncle Ben (Bernie to me) were experts at the old general store type of banter and quips, many in Plattdeutsch. Even the last time we visited Helen and Isaac at Bethania they exchanged a few clever quips. Those days are missed. Love to you all.
Dallas Bagby

Posted Mar 02, 2021 at 10:27am
My condolences to Isaac's family. Isaac and I go way back to when he was first working on writing Skeena Aground and I was Principal at Valley Gardens. My wife, Karen, and I were able to connect him to key people in Iceland and his writing took off from there. He was a wonderful person and I fondly remember any dealings that I had with him. He touched so many of us in the best possible manner.
Comment Share
Share via:
RC

Posted Mar 01, 2021 at 07:40pm
I have to pay tribute to this wonderful man. Isaac was a regular customer of mine at Dave's Quick Print then moved with me to Office Depot. He came in with his work promoting Gimli's Islandic Festival every year. This jolly man always visited me with his happy smiles, positive self, and great stories. I don't know what it was for me to look at the weekend obits but here he was. This gentle man will be truly missed and he's one of the customers I really missed when I changed careers. Isaac, you were the sweetest and most gracious souls put on this earth and I'm blessed to have known you.
Comment Share
Share via: 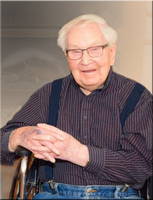 Donations are being accepted for: CANCERCARE MANITOBA.
Family Login
Subscribe to Updates