To share your memory on the wall of Jacob Goosen, sign in using one of the following options:

In peace and great sadness we announce the death of Jacob Goosen. After suffering a stroke on January 22, God took him home on March 17, 2021.

In peace and great sadness we announce the death of Jacob Goosen. After suffering a stroke on January 22, God took him home on March 17, 2021.

When Jake was in Concordia, Chaplain Rod Giesbrecht made it possible to FaceTime him. When his wife and daughter were able to visit, they would both talk to him and Hedie would sing.

Jake grew up in a family of eleven children on the farm next to the Schoenfelder Church, attending the George Herbert School which was also next to the farm (on the west side of his home). From there he went to Manitoba Normal School. He taught at Meadows School just north of his home. When his father passed the family moved to Winnipeg. Jake married Hedie Harder, and he needed to find a job. He worked for Wearever Cook Ware but in 1961 her met someone that suggested he should try selling Encyclopedia Britanica of Canada. This made him think about all the families with children that would need books for school, and off he went!

He became very successful and worked in this capacity for 37 years. He met so many families and many stayed in touch with him. He encouraged them to contact him. If they needed anything he would help.
The men working up north would purchase the sets and send them back to their home in the Maritimes. These men were miners away from home and when Jake had appointments in their apartments, he could hear singing and guitars. Those clients were from Newfoundland and were good prospects. Jake covered the whole north country from Yellowknife, Rankin Inlet where he bought stone carvings and met a lot of wonderful people.

Jake and Hedie built memories with their children. In summer, it was the beaches, camping with the trailer and Disney World. Once the children started getting married and there were grandchildren, there would be sleepovers and Grampa’s pancakes in the morning. The big freezer box in the grapevine arch became a Gypsie Palace for the girls’ week and a Ninja Fort for the boys’ week.

Jake was in a quartet with the church for forty years. He loved singing and, once when he was in Flin Flon on an appointment, a Mountie showed up at the clients’ home looking for a Mr. Jake Goosen. When Jake went to the door, he was told an uncle had passed away and they wanted the quartet to sing at the funeral. The clients said he should go but come back to see them after and he did that and they bought the set with add-ons. When Encyclopedia Britanica was closed because the computers took over the information industry, Jake retired and, with his wife would go to Arrowhead in Ontario to the cabin. Once the grandchildren grew up we stayed home gardening, going for long walks and spending time with the family.

Jake and Hedie would have been married 62 years this year and God has given them a good life with children and grandchildren and a new great-grandchild. They lived in their home for 53 years and then moved to Westhaven Apartments.

Jake will be remembered by his wife Hedie; Jack and Peggy, Wendy, Steven and Erin and great-grandson Owen; Debbie and Mike Friesen, Troy and Stephanie, Kelsey and Mario, Amber and Kevin ; Don and Sue, Alexis , Ty and Amanda, Matt and Maddie; Heidi; three sisters and one brother: Peter Goosen, Betty Regehr, Kay Kaethler and Frieda and Rudy Friesen; many nieces and nephews.
.......

We are thankful to God for all the years we have shared with friends and families. We will miss him. God took him home.
The family would like to thank the staff at Concordia Hospital 3rd Floor and the staff at Westhaven for all their help and kindness.
........

A private graveside service will be held at Schoenfelder Mennonite Church Cemetery.

Donations in Jake’s memory can be made to Manitoba Heart and Stroke Foundation.
Read Less

We encourage you to share your most beloved memories of Jacob here, so that the family and other loved ones can always see it. You can upload cherished photographs, or share your favorite stories, and can even comment on those shared by others. 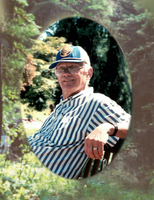