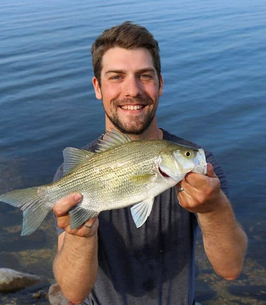 Joel Wiebe, age 32, passed away suddenly in a truck accident near Portage La Prairie, Manitoba on September 1, 2022. Joel was born on Aug. 16, 1990 in Wpg, Manitoba, the firstborn child of 2 sons born to James and Glenda Wiebe.

For his elementary grades, Joel attended Lord Selkirk school in Elmwood close to his Martin Ave home. Throughout his life, Joel also attended the near-by Elmwood Mennonite Brethren Church. High school was taken at Mennonite Brethren Collegiate Institute where he excelled in his studies, artwork and basketball. After graduating from MBCI in 2008, Joel enrolled in the Faculty of Engineering at the University of Manitoba. Shortly after graduating in 2013 with a civil engineering degree, Joel began to work at Star Building, designing floor and truss systems.

In that same year, on Sept. 8, 2013, Joel was delighted to marry the love of his life- Jessica Wiebe. In time, they were blessed with 2 sons- Liam and Preston. Joel was a great father.

Joel enjoyed the outdoors. His first job was a flyer route which he usually completed in record time. During the summer months of high school and university, Joel worked in house construction with his Dad and his brother. But by far, his favourite outdoor activity was fishing which became a life-time passion. Joel became a proficient fly-fisherman. Tying his own flies was a labour of love appealing to his creative side. In many trips throughout Manitoba and beyond, Joel delighted in God’s creation and made many friends.

Joel will be deeply missed by his wife Jessica; and his sons Liam and Preston; his brother Thomas; his parents James and Glenda; his parents-in-law Rudi and Trudy Wiebe; his brother-in-law Bruce- children Joel and Alysha; his sisters-in-law Belle (Kevin)- their children Tristan, McKenna, Avery, and Payton; and Petra (Tom)- their children William, Theodore and Abigail.

Donations may be made in Joel’s memory to the Children’s Hospital Foundation of Manitoba.