To share your memory on the wall of John Schmidt, sign in using one of the following options:

Peacefully on February 14, 2021, at the age of 86, John Schmidt passed away at Donwood Manor Personal Care Home and went home to his Saviour. He is survived by his children Ingrid (Peter) Hamm and Jennifer; grandchildren Rya... Read More
JOHN SCHMIDT

Peacefully on February 14, 2021, at the age of 86, John Schmidt passed away at Donwood Manor Personal Care Home and went home to his Saviour. He is survived by his children Ingrid (Peter) Hamm and Jennifer; grandchildren Ryan (Stacy) and Kiera (Justin); and great-granddaughters Katelyn and Laura. He is also survived by siblings Victor and Margaret, as well as numerous nieces and nephews. He was predeceased by his wife Frieda in 2015, as well as his parents and six siblings.

John was born on October 17, 1934, the youngest of nine children, and grew up on a farm near Elm Creek. After leaving school, he took accounting classes and began working at Dominion Bridge.

John married Frieda in 1960, and they made their first home in Winnipeg. The birth of two daughters followed over the next few years. In 1970, the family moved to Regina and then back to Winnipeg in 1973, where John began working at the Manitoba Rolling Mills in Selkirk. John’s summer hobbies included working on his small acreage and bee-keeping. He kept hives for many years, and he instilled in us a love for the outdoors and the value of hard work. For many years, he and Mom would make the long drive to southern Ontario to spend time with his grandchildren. John also enjoyed playing games with family and friends, especially Rook. He was active in his church, serving in the Boys’ Brigade and later as treasurer and deacon. He also served on the Board of Donwood Manor for nine years. When our mom began to struggle with dementia, John rose to the challenge, demonstrating what it really means to love through challenges. He adapted their living situation many times to ensure that her health and safety were maintained. In 2012, Mom and Dad moved into the Donwood Manor apartments. When Mom later moved to personal care, John continued to be a loving and caring partner. They would often be seen sitting and holding hands in the evening. In December 2015, John moved into personal care at Donwood. It is here that he was looked after and cared for so lovingly and so well for the past six years. The family would like to thank the first floor staff of Donwood Manor PCH for their excellent care of our dad.

In lieu of flowers, if friends so desire, donations may be made to the Donwood Manor Foundation or CancerCare Manitoba Foundation.

A private family graveside service will be held in Chapel Lawn Memorial Gardens.

The service can be viewed on come-together.ca after March 3, 2021.

Posted Mar 01, 2021 at 11:08am
Dear Jen, as you grieve know that we are remembering you and honouring the memory of your father.

Posted Feb 20, 2021 at 10:43am
Margaret Kasak
Sympathy to you Jen and the rest of the family. Fond memories of your Dad, always such a friendly man. May your memories give you much comfort at this time.

Posted Feb 18, 2021 at 09:07pm
Love and sympathy to Jen, Ingrid & Pete and family. I have beautiful memories of John ( and Frieda) as great friends and neighbours all those years on Blue Grass!
Comment Share
Share via: 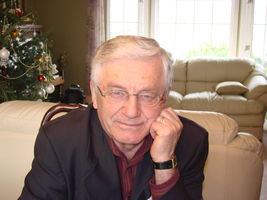