To share your memory on the wall of Kay Pauls, sign in using one of the following options:

Kay’s faith and family were especially important to her. She was a prayer warrior who always had a positive attitude. Kay could often be found at the kitchen table praying for her family and friends. One thing Kay will be remembered for is calling her extended family members on their birthdays. The door was always open at Kay and Hugo’s home and they welcomed everyone.

Kay loved baking, especially cookies for her grandchildren. Her hobbies included sewing, knitting, reading, and doing word searches. Kay and Hugo enjoyed going out to eat with friends and family as well as ‘going Manitoba-ing’. They spent many evenings watching sports and curling was one of Kay’s favourites.

Kay was predeceased by her beloved husband, Hugo, in 2016. Left to cherish her memory is her son John (Karen) Pauls and their children Gavin and Korbin; her daughter Kathy (Todd) Farrell and their children Noah, Easton, and Emma. Kay was an amazing and devoted mother and grandmother. She will be deeply missed.

A private family service will be held on Monday, November 30, 2020. In lieu of flowers, donations may be made to a charity of your choice.
Read Less

We encourage you to share your most beloved memories of Kay Pauls here, so that the family and other loved ones can always see it. You can upload cherished photographs, or share your favorite stories, and can even comment on those shared by others.

Posted Dec 11, 2020 at 04:21pm
I want to pass on my condolences to you John & Karen & family , Kathy & Todd & family . I had the opportunity of getting to know your Mother & Grandmother on our ride to church every Sunday morning . We would laugh , cry & pray & go to A&W for lunch . Will miss those times . My love & prayers to you all !
Betty Rempel
Comment Share
Share via:
DS

Posted Dec 01, 2020 at 10:19pm
Dennis and Beryl Siemens
We want to extend our sympathy to all, especially to John and Karen, and Kathy and Todd and your families. Aunt Kay had such a tender heart and showed her love for others in practical ways. We appreciated how she kept in touch with phone calls on special days. We also remember Aunt Kay as our family connection person, organizing get togethers and reunions. We were often recipients of her and Uncle Hugo's generous hospitality.
Special thanks to Kathy for posting the beautiful pictures. It shows how much Aunt Kay loved and was loved.
We are praying for you.
Comment Share
Share via:
ES

Posted Nov 28, 2020 at 11:41am
John, Kathy, and families:
My condolences to you all ... I have many fond memories of your mom.
Being from out of town, she was always our 'go to' for information, contacts and even a drop-in center for me and my friends. We always looked forward to her 'birthday' phone calls as well - she was so positive and encouraging.
I have to think that she invented friendship groups long before social media ever did!

Posted Nov 27, 2020 at 08:59pm
Dear Kathy, John and families,
Our deepest sympathies go out to you all at this time of loss. May our Lord be your strength during these days. I thought seeing as I got to know your mom way before you were even around I would share a memory. Everyone thinks a school is run by the principal but our school, MBCI was really run by our secretary, Miss Siemens. She was the rock of MBCI and she always knew where to get the answers even if she didn’t have them. She was a cornerstone of the whole place. Saying a prayer for you. Lori (Hildebrand) Fehr
Comment Share
Share via:
CS

Posted Nov 27, 2020 at 07:16pm
Condolences to you all, especially John and Kathy.  I was sad to hear of Aunt Kay’s sudden illness and her passing. Aunt Kay was always very kind to me, and I have fond memories of spending the Siemens’ Christmas gathering at her and Uncle Hugo’s house. There was always so much generosity and laughter. You are all in my thoughts. She will leave an empty spot at the family table.  Love Christine Portland, OR
Comment Share
Share via: 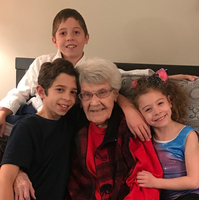 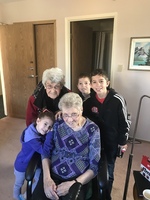 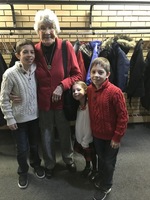 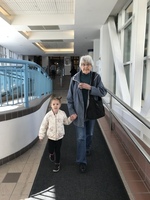