To share your memory on the wall of Michael Brelis, sign in using one of the following options:

Mike was born June 8, 1931 in Hubbard, Sask. He was born 6th in his family but two of his older sisters died of influenza before he was born. He grew up on the farm with a great sense of family and Ukrainian influence from his parents who immigrated from Galicia. Dad would talk about Baba with great respect and pride. How hard she worked and managed to hold onto the farm for her and the children after his father died when he was only 8 years old. Dad said they did not have much, but he also said they were always happy. He talked about ploughing with horses, stooking at harvest, chickens, and cows; and, how on the way to school, he would carry the filled milk can which was heavy, to leave on the roadside to be picked up by the merchant. Coming home, he would pick up a replacement milk can and the cash left hidden underneath. One summer, a teacher arranged to teach guitar and music to some of the students. Mike developed a real love for music. During his teens, he played guitar in a band at local dances and other social gatherings. This might have been where he also acquired his love to dance. Polkas and old fashion waltzes were two of his specialties.

Mike left home, moving to Winnipeg at 17 years of age. He initially worked for his Uncle Mike who owned a store in the north end. He would deliver coal by horse and wagon to homes. Mike also had worked at a meat packing plant for a short stint, then enlisted in the army. He did his basic training at CFB Shilo. He had fond and proud memories of his time in the service. One time when he had assignment in the Mess, there were high ranking officials visiting, steaks were being prepared for them, but a few steaks were discreetly set aside for those working in the Mess that night; another fond memory was when his mother sent him a loaf of bread and when he cut into it, he found a bottle of home brew. He was proud of the work they did to assist when there was flooding of the Fraser River in BC. And a defining moment in his life was the 1950 Winnipeg flood. The troops were helping to sandbag along the Red River. Little did he know that his assignment to work with civilians would lead to meeting his true love. Mary was a volunteer also helping to stave off the flood waters on Scotia St, and once she saw Mike, she moved closer to have him work with her. Thus, began their introduction and courtship.

Mike and Mary married on May 5, 1951. They had 65 years of happy marriage. They were a team and lifelong partners. As they aged, they were inseparable, one was never far from the other, and you could always see them holding hands. They were strong in their faith, and enjoyed the companionship in the Domain Legion, Avonlea United Church, and other clubs. They loved belonging to that community. Mom died in 2016, and Dad missed her dearly. He continued his devotion to her by visiting her gravesite as often as he could, and always with flowers in hand. From their union, Dad and Mom raised 7 children: Kathy, Diane, Tony (deceased), Annemarie, Jeannette, Bill, and Kevin. We all gave them a run for their money, but Dad was always mild mannered and laid back. It took a lot to rile him, and you know you did when he said rather loudly ‘God Bless America!’ His grandchildren were so incredibly special to him and each of them hold wonderful memories; Clinton, Ryan, Chris, Johanne, Raymond, Alana, Nadine, Shawn, Jonathan, Andrew, Michelle, Kortnee, Gary, Matthew, Cooper, Michelle, Reagan, and Glenna. And the apple of his eye (more like a bushel) were his 28 great grandchildren.

Mike was a devoted son, brother, uncle, husband, father, grandparent, and great-grandparent. All his family was important to him, he supported his younger sister when she moved to Winnipeg to take a Stenographer’s course, he was at his older sister’s side when her husband died, he was back in Hubbard to help his brother who was sick. And he made many trips back to Hubbard, then Ituna, to visit his mom and family there. And he especially supported his wife in all her endeavors. He would have given Mom the moon!

Dad mostly enjoyed his family and food together. He would never miss out on his opportunity, late night Chinese Food watching Hawaii 5-O, fried chicken, and especially breakfasts out with family. Special occasions, Easter, Thanksgiving, and Christmas were celebrated with traditions instilled now in the next generations. These occasions were filled with a lot of extended family and others who were welcomed as though they were family. Dad and Mom went to great lengths to make these celebrations happy memories for everyone from working hard on making traditional Ukrainian food to making special hand-crafted baskets full of goodies for all the grandchildren and great grandchildren. His love and generosity were expressed in all they put into these family events and will always be cherished memories.

Mike had many careers during his life, Baker, Letter Carrier, District Manager, and Security Guard. He was a conscientious and dedicated worker at every employment. No matter where he was employed though, his life’s work and pride were always his family first.
He was an avid gardener, crossword expert, enjoyed crafting with mom, and playing cribbage. Mike was also a diehard Bombers and Jets fan. These last years he loved singing and playing CD’s, especially the old westerns. You would often hear him singing ‘Home Home on the Range’.

Mike was generous, kind, happy, devoted, chivalrous, crafty, accepting, and non-judgemental. He was a man of few words, big smiles, and you always felt his huge heart!
We all will miss you but find comfort you are reunited with Mom/Grandma.

We have insufficient words of gratitude to all staff at River East PCH who gave the greatest of care to dad during this difficult year.

If you would like to donate in Mike’s memory, it may be made to the charity of your choice.
Condolences may also be left on Mike’s memorial page at friendsfs.ca.
Read Less

We encourage you to share your most beloved memories of Michael here, so that the family and other loved ones can always see it. You can upload cherished photographs, or share your favorite stories, and can even comment on those shared by others.

Posted Jan 18, 2021 at 09:48pm
So sorry to read of Mike's passing. I also remember him always smiling! He looked like a very kind man...Sympathies to the family.
Fritz and Ernie Warkentin
Mary's parents brought my mom and dad (Hans & Susie Wiens) to Canada in 1947
Comment Share
Share via:

Posted Jan 16, 2021 at 09:05pm
Condolences from me and my sisters, Linda, Irene and June to the family of Mike Brelis. We spent our childhood years living on Selkirk Avenue and attended school with many of the Brelis children. Their father was always smiling and kind to me. Diane and Kathy were my childhood friends. I always felt so welcome in their home. Take care. Rest in peace Mr. Brelis.
Comment Share
Share via:

Posted Jan 16, 2021 at 07:09pm
Mr and Mrs Brelis were both so kind to our family after we lost our home in 1995. They very quietly and generously showed us their support in our hour of need. We've often spoken of their kindness over the years. It has never and will never be forgotten.
Our condolences to the family. May your memories and knowing your parents are now together forever, bring you peace.
Karen and Greg McCreary
Comment Share
Share via:
JA

Posted Jan 16, 2021 at 02:36pm
Our deepest sympathy to all the family. I have such fond memories of your dad as a kind and caring individual. He always had a smile on his face and made everyone feel so welcome. Now your dad and mom are together again and I’m sure your dad is sharing his chocolate bar with your mom. Thinking of you at this sad time.
Joan and Bernie Atamanchuk
Comment Share
Share via:
JT 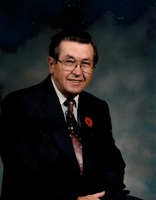