To share your memory on the wall of Myrna McIntyre, sign in using one of the following options:

It is with heavy hearts that we announce the passing of our dear mother Myrna on Friday, March 5, 2021 at St. Boniface hospital at the age of 82 years.

It is with heavy hearts that we announce the passing of our dear mother Myrna on Friday, March 5, 2021 at St. Boniface hospital at the age of 82 years.

She was predeceased by her parents, Myrtle and Clifton McIntyre, brother Jim, brother and sister in-law Gilbert and Sally, and brother in-law Edward Jenner.

Myrna grew up in Sidney and then Brandon, Manitoba. After graduating high school she began working at MTS with a later transfer to Winnipeg where she remained for the rest of her life. She met Bernie Dyck and married in 1961 (parted ways in 1977) and had three children over the next four years. The family settled in Transcona where Myrna taught piano lessons from home, taught CGIT, and was treasurer of the neighbourhood Rummoli Club. When her children were all in school, she went back to school to earn a RIA degree. She rejoined the workforce in 1975 and over the next 15 years worked for Northern Sales Limited and then Thorne Riddell which became KPMG Peat Marwick Thorne. One of her proudest accomplishments was earning the trust of the owners of Northern Sales who asked her to usher the company into the computer age.

Myrna will be cremated and at a later time a small family gathering will be held to inter her ashes back in Sidney, MB as were her wishes.

The family would like to extend a sincere thank you to the staff at St. Boniface Hospital (ward 7A West) for their care and compassion during Myrna’s last days.
Read Less

We encourage you to share your most beloved memories of Myrna here, so that the family and other loved ones can always see it. You can upload cherished photographs, or share your favorite stories, and can even comment on those shared by others.

Posted Mar 12, 2021 at 01:27pm
Sincere heartfelt condolences to all of Aunty Myrna’s family. I remember several visits as a child, especially one when we went to the zoo and had so much fun.
Comment Share
Share via: 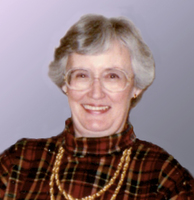 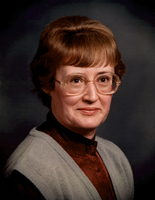