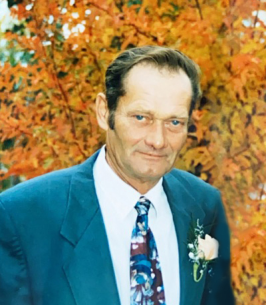 Peacefully on February 13, 2022 at Selkirk Regional Health Centre surrounded by his family Robert was called home to be with his heavenly father at 78 years old.
He was a loving Husband, Father, Grandfather, Great-Grandfather, Brother, Uncle, and Friend.
He is survived by Margarete (nee Winter), his loving wife of 55 years and their five children: Annelore (Ross), Robert, Rosemarie (Glenn), Anita (Kevin), and Daniel. Twelve Grandchildren: Coral, Kara, Charissa-Jacob, Derek (Siobhan), Justina (Tony), Alyssa, Hunter, Dannika, Seth, Dylan, James, and Cain. One Great Grandchild: Rylan. He is also survived by his brother-in-laws: Jacob (Clara) Winter, Henry (Bruni) Winter, and Rudi Friesen. Sister in laws: Maria Winter, Annie (Henry) Harms, and Mary Epp. As well as numerous nieces and nephews.
He was predeceased by his parents, Heinrich and Olga (nee Kronich), two brothers, Reinz and Rudy, two sisters, Lydia and one in infancy, sister-in-law; Esther Epp, Parents in law; Jacob and Justina Winter and granddaughter Rianna.
He was born in Hulajpole, Ukraine. Due to the war, his family made the long journey to Germany. Then in 1947 they travelled on the ship Volendam to Paraguay. There he went to school, helped his mother cook for the bed and breakfast, and worked on the land.
On July 26, 1964, he immigrated to Manitoba by himself at the age of 20. He worked at Ajax as a welder, then Standard Aero, and lastly started his own concrete company fittingly named R. Epp Concrete.
He enjoyed spending time with family, friends and reading his Bible. He loved being outside tending to his flowers and garden. Some of his other favourite outdoor activities were sitting around the fire with family, camping, fishing, and road trips.
He enjoyed feeding and watching the animals. His love of music led him to play multiple instruments. He enjoyed his maddach schlop Sunday afternoons before family dinners and cherished playing with his grandchildren.
The family would like to thank the emergency room and surgical floor staff at Selkirk Regional Health Centre for their compassionate care.

Viewing for Family and Friends will be held at Living Word Temple on Thursday February 17, 2022, at 7:00pm until 8:00pm. Private family funeral will be held on Friday February 18, 2022 at 1:00pm with interment at Glen Eden Memorial Gardens.

Funeral Service will be live streamed at: https://funeraweb.tv/en/diffusions/47407

Donations in Robert's memory can be made to Living Word Temple at https://pushpay.com/g/livingwordtemple