To share your memory on the wall of Ronald Fast, sign in using one of the following options:

Print
Ronald John Fast passed away peacefully on February 13, 2021 at the age of 72. He spent his final days at his Headingley home, enjoying laughter, stories and time with his family.

On January 11, 1949, Ron was born to Cornelius and Agne... Read More
Ronald John Fast passed away peacefully on February 13, 2021 at the age of 72. He spent his final days at his Headingley home, enjoying laughter, stories and time with his family.

On January 11, 1949, Ron was born to Cornelius and Agnes Fast, their second child in a family of six siblings. Ron grew up on a farm in Pidgeon Lake on HWY 26, went to George Herbert Elementary School and St. Paul’s Collegiate in Elie for Junior High and High School.

While Ron wanted to be a farmer, life took him to Winnipeg at 18 years old, where he had his first job at the Tire Exchange. Shortly after he started a job with Derksen Plumbing & Heating Ltd. with whom he apprenticed and received his Journeyman’s Plumber’s License, or as he sometimes called it his PHD (plumbing, heating and drainage).
Ron met Margaret in the fall of 1969 at a church dance, and they were married in July 1973. The first years of marriage were spent at a farmhouse in Rosser, Manitoba, until they were able to build a house in Headingley in 1975.
1976 was a significant year for Ron as he started Fast Plumbing & Heating Ltd. in the spring, and Paul, his first son arrived in the fall. Ron’s business grew and so did the family with two more sons, Derek and Eric, arriving in 1978 and 1981.

In 1989, the family moved into a new Headingley home along the river. Ron and his family enjoyed being outside with many camping trips exploring South Dakota, Yellowstone, Vancouver Island, Western Canada and friends’ cottages. In 2007, Ron and Margaret decided it was time to have their own cottage where they could continue to enjoy their time with their sons, daughters-in-law, and grandchildren. Ron found his “Happy Spot” in Lake of the Woods, spending time with his family and friends on his fishing boat.

Ron and Margaret enjoyed traveling, and had the opportunity to see Europe, Israel, Vietnam, Mexico, Costa Rica, Alaska and Arizona. In business Ron worked as far north as the Arctic Circle and Baffin Island with many communities in between. In fall of 2017, Ron took the opportunity to go fishing with friends in Brazil and hunting in Argentina.

Ron made friends easily, and many became longtime friends whether through business, church, or community. Ron was always ready to help, and was a great teacher and mentor to his many apprentice’s that worked with him at Fast Plumbing & Heating Ltd. He made time to listen to his employees, and was always ready to share advice and guidance.
When Headingley seceded from Winnipeg, Ron was asked to help form the Headingley Chamber of Commerce, and was its President for five years. Ron was active in the First Mennonite Church community assisting with various building projects, plumbing issues, ushering, and helping whenever he was needed.

In April 2019, Ron was diagnosed with Pancreatic Cancer. Ron tolerated the Chemo treatments which gave him extra time with family, friends, his newest granddaughter and two great summers fishing! Ron lived life on his terms and in his words had a wonderful life!

The family would like to thank Dr. Kim, Dr. Beshara, and the staff at Buhler Cancer Care for their wonderful care of Ron for the past year and a half. The Southern Health Palliative Care Team’s care and compassion has been remarkable and mere words are not able to convey our thanks. We would also like to thank family and many friends who supported Ron throughout his cancer journey. You gave him strength, encouragement, and help.
While we are not able to say goodbye to Ron and celebrate his life all together, please take comfort in the Fisherman’s Prayer as you think about him.

God Grant the Wish
that I may Live to fish,
For another shining day,
But when my final cast is made,
I then most humbly pray,
When nestled in your landing net,
As I lay peacefully asleep,
You’ll smile at me and judge,
That I’m Good Enough to Keep.

We encourage you to share your most beloved memories of Ronald here, so that the family and other loved ones can always see it. You can upload cherished photographs, or share your favorite stories, and can even comment on those shared by others.

Posted Mar 31, 2021 at 10:01am
Ron was a great guy and the last time we met him and the family in summer 2017 remains unforgettable in our memories. Part of him will always stay with us. We are glad to hear he could spend his last days together with his loved ones.
With our deepest condolence,
Julian & Isabell

Posted Mar 01, 2021 at 11:02pm
My deepest sympathy to Margaret and her family on the passing of Ron. Margaret may your faith comfort you. There are notes of thanks for you in the Bible study materials I have from my Mom. Louise often expressed her thanks to God for you two friends who helped her travel once more. Bonnie Ammeter
Comment Share
Share via:
LR

Posted Feb 26, 2021 at 05:32pm
I had the honor to live with the Fast family for three months in 1997 as an exchange student of Ron’s son Eric. I got to know Ron during that time as a very hospitable and friendly person who liked to joke around a lot but was also very hard-working. I remember how he took me on trips with his truck to show me the surrounding area. He visited a Hutterites colony with me, went trick-or-treating with me on Halloween even though I was actually too old for that, showed me to play golf and took me on a fishing trip with an Indian friend of him. I learned a lot from him about the Canadian way of life and will always remember the great time I spent with Ron & the Fast family in 1997 and on later visits.

My deepest sympathy to Margaret, Paul, Derek, Eric and their families. Rest in peace Ron!

Posted Feb 21, 2021 at 10:45am
Or heartfelt condolences to Margaret ,Paul and Eric.
We both enjoyed a working relationship with Ron at BA Robinson Wholesale and in the showroom.Ron was a hardworking ,honest and down to earth individual.Brian also knew Ron since his time at Derksen Pl.
Comment Share
Share via:
HJ

Posted Feb 20, 2021 at 03:18pm
My condolences to the Fast family on the passing of Ron. He was a very supportive customer of mine over many years. May you rest in peace Ron.
Hans Janssen
Comment Share
Share via: 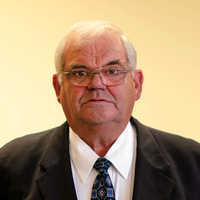 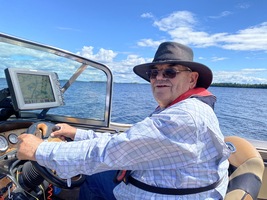 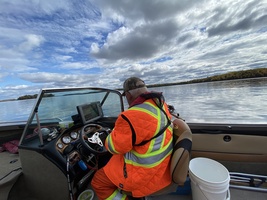 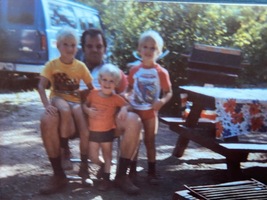