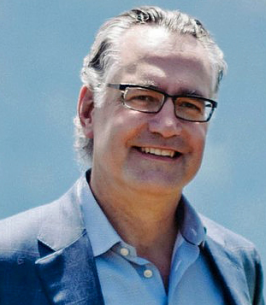 Peacefully, but far too soon, Timothy James Epp passed away in the early hours of Sunday July 17, 2022 after a six-week battle with a Covid-19 lung infection. Beloved husband of Colleen and loving father of Isaac, Daniel and Grace, he also leaves behind his parents John W. and Sharon Epp, brother John and Heidi Reimer-Epp, sister Susan and Vern Peters, brother Matthew Epp and Kelly Beck, parents-in-law Stan and Ann Funk; brother-in-law Vernon and Tara Funk; and 10 nieces and nephews.

Born in Winnipeg on January 12, 1971, Tim enjoyed a happy childhood filled with such adventures as camping in the backyard with his buddy Colin, summers at the family cottage on Brereton Lake, and riding his bike along the monkey trails in Assiniboine Park. He graduated from MBCI in 1989 and went to Capernwray Bible School that September. This turned out to be one of his best decisions as this is where he met Colleen when the seating plan placed them side by side in January. Returning to Winnipeg, Tim completed a BA in Religious Studies at the University of Winnipeg (1993). He spent the summers of 1993 and 1994 working at an archeological site in Jordan, just because it was interesting and he enjoyed the opportunity to experience history. He loved finding an ancient person’s fingerprint preserved on a piece of long-lost pottery.

The fact is that Tim had many, many interests which ranged widely. His enthusiasm for what he found fun or interesting or enjoyable was contagious, and in his laid-back way he considered almost anything to be possible. As a result, his life included more adventure and joy than most, and those of us in his orbit of family and friends were blessed to be along for the ride. Tim and Colleen got married on May 27, 1995, and he completed his MBA in 1996. After working on different ideas for a few years, Tim started Triform Poly with a couple of partners, developing an industrial composter called the Ecodrum. After several years, he continued the company on his own and then with his dad John. Eventually a manufacturing plant was built in Ozark, Arkansas and the people he worked with, such as Byron, Abe, Jackie and Brian, became close and valued friends.

Despite his commitment to all things Ecodrum, his greatest love and pride was reserved for his three children. He loved them whole heartedly, was so proud of them, and encouraged them to be the best they can be. He was always in their corner. His happiest times were when he was out with them, canoeing or boating, fishing, hiking. Enjoying God’s creation and his wonderful children.

Tim and Colleen were so blessed to have 27 years together. These were years filled with much happiness, some sadness, adventures and love – for each other, their children and the amazing people and world around them. Tim was generous, patient, funny (at least Colleen thought so), handsome, smart, adventurous, and he was an excellent sidekick when Colleen was pulling together a party or gathering. His cooking specialty was breakfast. Omelettes (2 eggs, 2 teaspoons water) and egg/potato/bacon hash; eggs benedict, shakshuka – he loved to feed his family in the morning.

Tim’s Christian faith was steady and strong, much like him. He grew up at Portage Avenue MB Church and set about making faith his own as a young man at The Meeting Place. He loved his faith communities at River East MB and McIvor Church, where he and Colleen attended with their family for many years. We are so grateful for the support of the McIvor church family in these heart-breaking past weeks.

We also want to express our gratitude to the medical staff at Grace Hospital ICU who cared for Tim for 20 immensely difficult days. Thank you to everyone who supported Tim and Colleen and family during these weeks.
Tim’s absence will be felt so deeply and widely. May we be comforted by each other and by the steadfast love of the Lord that never ceases.

A funeral service will be held on Saturday, July 23, 2022 at 11:00 am at Eastview Community Church, 315 Maxwell King Dr, East Saint Paul. The family would appreciate it if masks would be worn.

A recording of the funeral service is available at
https://youtu.be/fzAhLYyW12Q

In memory of Tim, donations can be made to Congo's Children, www.congoschildren.ca, an orphanage in Kinshasa, DRC supported by Tim and Colleen.