To share your memory on the wall of Helen Litz, sign in using one of the following options:

With heavy hearts, but not without eternal hope, we announce the passing of our dear mother and grandmother, Helen Litz, on January 13, 2021, in Winnipeg, MB.
She was born June 7, 1932 to Edward and Elizabeth Wilms in Winnipeg, and married Albert Litz in 1951.
Her formal education included Manitoba Teachers College, Affiliated Arts and Orff courses at University of Manitoba, Royal Conservatory vocal and theory honours, and studies with Gladys Whitehead.
Besides her devout Christian faith and her family, Helen’s lifelong calling and gift to the world was the Mennonite Children’s Choir of Winnipeg, a 40-voice group she founded in 1957, serving as principal conductor and music director until 2008. The choir, which was established “to glorify God and spread joy with the voices of children,” comprised girls and boys aged 8 to 16 who auditioned from locations throughout the province. It drew its repertoire from all periods of music, from baroque to contemporary, including folksongs in German and other languages. Its musical range and pure delicacy of tone led to comparisons with the renowned Obernkirchen Children’s Choir.
Often simply called “Mrs. Litz’s choir,” it introduced hundreds of children to music, international travel and public service. Singers were described as “Canada’s musical ambassadors for God and country at home and abroad.” In response to invitations for concerts and workshops, the choir travelled throughout Canada and the U.S. (including Carnegie Hall), as well as globally to England, Wales, Holland, Germany, Poland, Austria, Switzerland, Israel, Korea, Australia, South Africa and South America.
A regular winner at local, national and international music festivals, the choir celebrated music of all kinds and through concerts and recordings promoted peace and global goodwill, sponsoring numerous philanthropic children’s projects with proceeds from its concert tours. Years later choir alumni remembered lessons in discipline, diction and pitch that accompanied them throughout their musical lives. Helen Litz was known to set the bar high, both for herself and her choristers.
She was widely sought as a guest conductor and choral clinician/adjudicator for schools, festivals, churches, workshops and music camps. She is listed in the Canadian Encyclopedia of Music as one of the founders of the children’s choir movement in Canada. In 2006 the Helen Litz Award for Children’s Choirs was established by the Canadian Music Educators Association. In her 80s she still sang with the Mennonite Festival Chorus.
Helen Litz was predeceased by her brother Herman Wilms (2009), son Reginald Albert Litz (2013), and husband Albert Litz (2018).
She leaves to mourn her daughter Lori (Doug); daughter-in-law Lois (Reg’s widow) and granddaughters Sara and Rachel; son Conrad (Barb) and granddaughters Katrina and Cassandra; sister Betty Bergmann; sister-in-law Mary Wilms (widow of Herman); and brother Bill (Eve) Wilms.
The family would like to extend a special thank you to Judy Urbonas, Erna Kehler and the staff and doctors at Seven Oaks Hospital.
A private burial has been held. A memorial concert will be held later.
All arrangements handled by Friends Funeral Service, Inc.
Read Less

We encourage you to share your most beloved memories of Helen here, so that the family and other loved ones can always see it. You can upload cherished photographs, or share your favorite stories, and can even comment on those shared by others.

Posted Feb 04, 2021 at 08:17pm
Dear Lori, Conrad and family,
I was very sad to learn of Helen's passing. I had the privilege of singing in MCC in the 70's and my time with your mom has shaped me in a profound way. She taught us how to do more than make music. We learned that striving for perfection often could result in magic. She invested her talent and passion for music into making the choir what it was. Her impact was great and I have many incredible memories of my time in the choir. I appreciated all the tours we did and all the special things Helen organized to make it so special. This has fuelled a love of travel for many of us I would guess. I will be forever grateful for your mom's influence in my life. Thank you for sharing your beautiful mom with so many of us. I wish you peace at this difficult time. Marlyn Janzen

Posted Jan 24, 2021 at 05:51pm
Dear Lori, Conrad & family. I was so saddened to hear of your mother's passing. The world has lost a shining light. My mind immediately flooded with so many precious memories of my time in the choir. As a child I took all those experiences for granted. As I grew into an adult, I thought back on all those amazing opportunities & realized how fortunate & blessed I really was. Your mother was a surrogate mom for me on our many trips. She was an integral part of shaping who I am today. It was nice to have kept in touch over all the years. I greatly appreciated when she called me after the passing of my mom. I will forever be grateful. She was one of the best role models I have had in my life. You are all in my thoughts & prayers.

Posted Jan 22, 2021 at 07:10am
I was kind of blown away by HELEN'S intensely manifested support, kindnesses & PRESENCE as she ministered to my Mother, Katherine Klassen in the deaths of Her son, in 2004 and again, demonstrated SO much love in 2016, when my mother died. She served her & I a beautiful tea at her condo in 2004. It struck me that there were SO many attended memorials for ALL her choir members ...and if she was present twice in my life, there was a GRIEF WALL attached to MRS. LITZ'S calendar, she was managing perpetually..........AS WELL as HER OWN ENORMOUS PERSONAL LOSSES !!!!! This unending OBITUARY schedule is NOW OVER. It must have STAGGERED her broken heart to inconsolable torment.
I am so humbled by her GRACE and LOVE.....In PRAYER for ALL her Family!
I remember LORI, REG., CONRAD, and BETTY and MARY....................
Lastly......my CANARY died decades ago....BUT the SOUL fissured STILL remembers SOME of those haunting pieces that spill screaming through the cracks with seeds of green in their wake.............HELEN LITZ
Comment Share
Share via:
CT

Posted Jan 21, 2021 at 05:55pm
Dear Lori, Conrad and family -- I am so sorry to hear about the loss of your Mom. What an inspiration she was to so many! Thank you for sharing her with us. I was one of the many choir members (1974 -1980) who grew up under her direction, and treasure the many memories of choir performances and tours, with God Is My Song filling the themes of our travels and presentations. May you know God's grace and strength in this time of separation and sorrow.
Comment Share
Share via:

Candace Harder, I do remember you. Monika (Braun) MacAngus shared a picture with me to let me know of Mrs. Litz's passing. She was definitely a person I thought would go on forever. So sorry to hear of her passing. Condolences to Lori, Conrad and family. Lois (Redekopp) Thiessen So many memories. It seems most of us share the same memories, and that is no surprise.
C

Dear Litz family
Along with my sympathy I want to add that your Mom has certainly earned her eternal rest. By virtue alone of her traipsing approximately 4 dozen children around the world, 2-3 times a year wherein all of the children were billeted into strangers homes, it would seem to me that the tremendous responsibility of being accountable for the safety of each child for several weeks would have made for many sleepless nights. And a job that few might take on. Her passion for music making however stoked her energy for making the tours a reality.
My personal experience in participating in the choir exchange between us and an Acadian Youth choir from Moncton New Brunswick in hosting them here in 1972, and us there in 1973, led to deep and lasting friendships between myself and some of their choristers that remains strong to the present. I will be eternally grateful to Helen Litz for facilitating that enduring legacy in my life.
Charlotte (Koop) Livingston 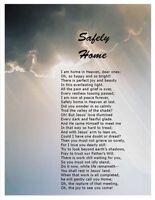