To share your memory on the wall of Jacob Enns, sign in using one of the following options:

Print
On October 15th, Jake passed away peacefully at his home in Winnipeg, MB.

Jake was predeceased by his parents Jacob and Tina, his sister Katie and niece Ruth Falconer.

Jake was born on June 14th, 1943, at Portage la Prairie. Jake was the youngest child of Jacob and Tina Enns of Newton MB. Jake’s early years were marked by helping out at the farm, being active in church life. As a result of his farm experiences, he declared he would never own chickens.

On March 30th, 1968, Jake married Erica Koop. They were a beautiful complement for each other and their faithfulness throughout their marriage leaves a legacy for family and friends.

Jake and Erica settled in Oakville MB and this became the community where Jake and Erica raised a family, ran a construction business, built a house and owned a car dealership. Oakville has a special place in Jake and Erica’s life.

Jake loved innovation and he loved the church. In 1990, he had the opportunity to embrace both passions when he became a pastor at Portage Alliance Church. These were years of multiple building projects (Jake never found a building project, he didn’t love), establishing a school, and participating on a staff team that he enjoyed deeply. During these years Jake used his gifts of helps and leadership to empower people around him and build community.

Family was a priority for Jake. He cared deeply for his wife Erica, with whom he celebrated 52 years of marriage. They were a great team and his loving supportive nature will be so missed. He loved being dad and grandpa and each of his children and grandchildren held such a special place in his life. His retirement years revolved around his family, visiting Lethbridge, Cobourg and Waldheim to visit family, playing golf and building shelves!

Throughout the summer months, you would find Jake laughing and spending time kibitzing in his gazebo. It was a safe place for friends and family to converse or just relax together.

Jake loved simplicity. He has a small circle, but large influence. This influence is a result of his genuine love for people. As we celebrate his life, he would have been happy with a small simple gathering of family and friends. He didn’t crave attention or notoriety, but lived to see others succeed.

To know Jake was to know a man who loved Jesus, his family, friends, and the church. He was a man of integrity who was a father figure for many people. We are so thankful to God for the man he was.
Read Less

We encourage you to share your most beloved memories of Jacob here, so that the family and other loved ones can always see it. You can upload cherished photographs, or share your favorite stories, and can even comment on those shared by others.

Posted Nov 10, 2020 at 09:32pm
Having worked with Jake as a young man I have have very good memories of Jake. Margaret and I enjoyed our contact with both of you years later.

3 trees were planted in the memory of Jacob Enns

Posted Nov 23, 2020 at 05:19pm
Jake Enns
I often reminded Jake that he reinstated my faith in the theory of evolution. No connection with Mr Darwin here, but a strong connection with a creative and exciting Heavenly Father who would call a man from the controls of a D6 Caterpillar tractor into a pastoral and leadership office! Initially i was puzzled at hearing him spin his mantra about “I’m here to help you succeed”. I hadn’t met a man, who was so at home in his skin as this “second man” from the helm of leadership. And he, encouraged and worked hard to help all of us on staff to be equally at home in our own skin...to become the people that our Lord had in mind when He fashioned us. In Jake, there was no vying for the top. For him, developing / designing was the top. I loved our conversations regardless of setting. He would lean waaay back in his office chair, brace his foot against his desk and press back for a few more degrees of tilt and expound about what ever it was that had you initially press his door open. Or if need be, he would present some really hard to hear truth and make it palatable with his frequently quipped “just a thought” Willms, just a thought.
Jake was very well read. I commented to him that if our district leadership knew him as the sage we knew him as, they’d buy him a car, give him an office and release him to mentor church leadership across the district.
He was a quick study. He could listen to a relational riddle and in a few minutes cut through the chase with a quick “so here’s the issue”. He had quick diagnosis and offered his opinions at the level of the recipients ability to receive. If you needed the volume a little higher, he could twist it up a bit!
Jake loved our Lord. He wanted everyone to have the opportunity to experience Him so he spent himself loving and developing people who would help many grasp the Father’s love for them. Jake loved and trusted me and i loved and trusted Jake. One exception: the crokinold board...where he would unapologetically drop the hammer on anyone. The transitioning of leadership can be a dance where those involved stumble and often step on one-another’s toes...at Prairie Alliance, Jake returned on staff, worked with us to choreograph an exemplary leadership transition. When I bragged and complimented him on how he helped us, he probably said something like “Don’t you think this is the way it should go Willms, this is the church”! We will miss Jake a lot, but not nearly as much as the family he loved the most - his family, Erica and the children and then the grandchildren. Jake prepared me for grand parenting by telling me it was “the greatest thing in the world”... Jake you underestimated that one. Just a thought. See you again Enns! See you again.
Comment Share
Share via:
RM

Posted Nov 13, 2020 at 02:12am
To Erica and family. My sincere condolences to you all. As a long time supporting member of PAC, I well remember Jake's service to the Church, over many years. And for that, I am truly grateful. I hope that I can post a fitting song.
Comment Share
Share via:
NF

Posted Oct 23, 2020 at 01:33am
Working with you at Westpark School and PAC (church) will forever be a treasured experience, but being the first uncle ("Uncle Jake") to our daughter meant the world to me. I am grateful for all you directly or indirectly taught me about being a better teacher and leader!
-Akaps Mweemba
Comment Share
Share via: 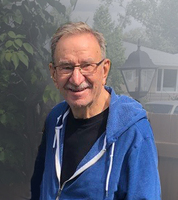 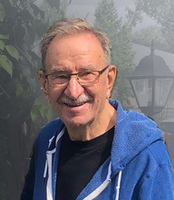 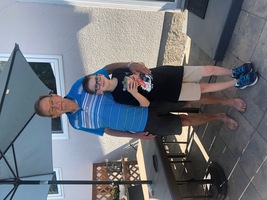 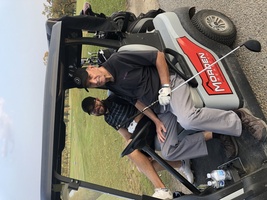