To share your memory on the wall of Walter Kehler, sign in using one of the following options:

It is with profound sadness that we announce the sudden passing of husband, father, grandfather, brother, uncle and friend, Walter James Kehler of Winnipeg, Manitoba on March 4, 2021.
Walter was born in Winnip... Read More
Walter James Kehler

It is with profound sadness that we announce the sudden passing of husband, father, grandfather, brother, uncle and friend, Walter James Kehler of Winnipeg, Manitoba on March 4, 2021.
Walter was born in Winnipeg, Manitoba on October 28, 1937. He was adopted by Frank and Annie Kehler and raised in Morden, Manitoba.

Walter grew up in Morden, Manitoba on his parents' farm. At the age of 16, he moved to Winnipeg to attend Mennonite Brethren Collegiate Institute for his high school education. Upon completing high school, Walter attended the University of Manitoba, originally perusing a career in architecture and even designing a home for his parents. He decided that architecture was not for him and instead pursued a career in law, which he successfully served in for over 50 years.

Walter was respected and appreciated by his colleagues and everyone he knew. His kindness and generosity were known by all who met him. Walter gave of himself till his final day, loving his family and helping them as well as his many friends.

Walter always put others ahead of himself. He served for many years on the board of directors for his church. He maintained business and personal relationships up until the end of his life. His generosity was always evident in his willingness to use his skills and expertise, often without seeking compensation from those he helped.

His most recent years were highlighted by the birth of his granddaughter Liliana. Although they could not spend time with each other in person due to geographic challenges, he delighted in seeing her over video chats, talking to her and playing with her when she would visit.

Walter will be greatly missed. His kindness, generosity and positivity were a light and an example to so many. We take comfort at this time knowing he is at home with his Lord.

Cremation has taken place. Due to current public health orders as well as in keeping with family wishes, no funeral will be held.

In lieu of flowers, please send a donation to a charity of your choice.
Read Less

We encourage you to share your most beloved memories of Walter here, so that the family and other loved ones can always see it. You can upload cherished photographs, or share your favorite stories, and can even comment on those shared by others.

Posted Mar 13, 2021 at 08:02am
Our condolences to the Kehler family. I had the pleasure of knowing and working with Walter while pastoring Portage Avenue MB Church. His business acumen and concern for the church staff impressed me.
Sincerely, Claude & Vivian Pratte
Comment Share
Share via:
PD

Posted Mar 10, 2021 at 11:36am
Kathy, Our deepest condolence to you and your family on the passing of Walter. You are in our thoughts and prayers.
Paul and Gerd Doroshuk
Comment Share
Share via:
HE

Posted Mar 10, 2021 at 11:17am
Our sincere sympathies to you Kathy and extended family on the sudden and unexpected passing of Walter. He was always a gentleman , always ready to help regardless of his busy schedule.WWe will miss him. May you experience the comfort of God's Spirit as you mourn his loss- Eleonore & Henry Esau
Comment Share
Share via: 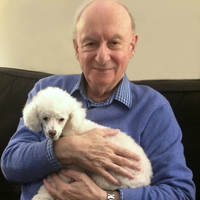